Countless enemies stand in the way of the Sith Empire’s drive for domination. Sparing no expense, the Empire offers massive bounties to employ the galaxy’s most lethal hunters. If you earn a death mark from the Empire, you spend your life in fear, constantly looking over your shoulder.

Both infamous and anonymous, Bounty Hunters are not only mercenaries for hire, but part of an ancient brotherhood with a glorious history. Thrill seekers from all walks of life set out to become Bounty Hunters, but only the most hardened survive.

If the best defense is a good offense, the Mercenary’s got the most intimidating defense in the galaxy. There’s no problem extra firepower can’t solve, and no one who knows what they are doing better than a Mercenary and after his target.

A Powertech wears heavy plating like a second skin and is always ready for the newest technology if it means greater protection and upgraded safeguards. Powertechs become an impenetrable one-man blockade, from which few enemies escape.

Damage – Pyrotechs use flamethrowers and missiles in a blaze of destruction. Advanced Prototype attack with thermal detonators, gauntlet blades, and magnetized bracers to devastate targets.

Tank – The Shield Tech jump into a fray with a jetpack-propelled attack and are able to withstand even the most powerful offenses.

Hutta – Adopted homeworld of the notorious Hutt Cartel, Hutta is a planet of semi-toxic swampland broken up by industrial facilities and urban centers. Hutt-aligned gangs control the civilized regions, forever warring over territory and resources. In the swamps, the native Evocii struggle against their Hutt rulers with limited success.

The Hutts are officially neutral in the conflict between Empire and Republic, and welcome visitors. Pirates, slavers and spice dealers are all common sights in Hutt palaces, while corporations often establish themselves on Hutta’s moon, Nar Shaddaa. Newly arriving shuttles on Hutta are directed to the town of Jiguuna.

The blaster pistol is a common weapon in the Star Wars universe. It is the preferred main hand weapon for the Bounty Hunter classes, and the Mercenary can also equip them in the offhand. 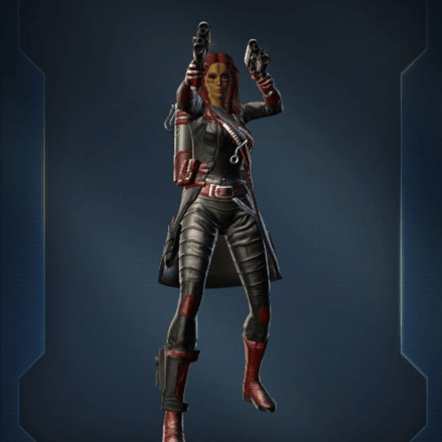 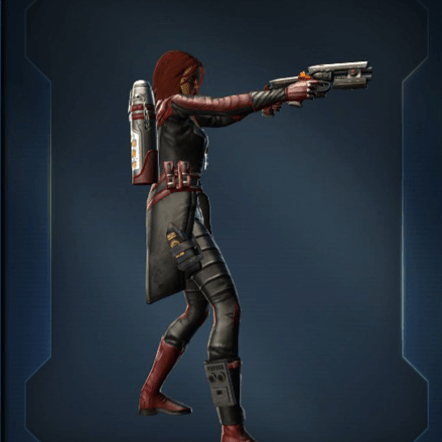 The D5-Mantis is an alpha predator in the cold depths of space. Designed to meet the hefty demands of a much larger interdiction vessel, the Mantis was given a compact frame and built to fight–and nothing else. By employing three retractable weapon foils with independent power supplies, the Mantis is capable of safely deploying armament intended for larger class vessels, as well as reducing its profile significantly in order to be packed tightly into carrier ships with a surprising number of other Mantis crafts. To mitigate what would otherwise be an extremely cramped interior, the engineers of the D5-Mantis make efficient use of vertical space and minimal bulkheads to provide more open areas and ensure ease of access for maintenance. Although the D5-Mantis is considered a best-in-class vessel, spotting one in use is a relatively rare sight. The prohibitive cost of building a completely independent, long-range picket ship prevented the Mantis from seeing large-scale production. 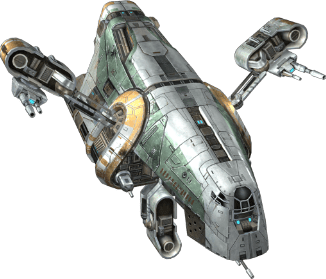 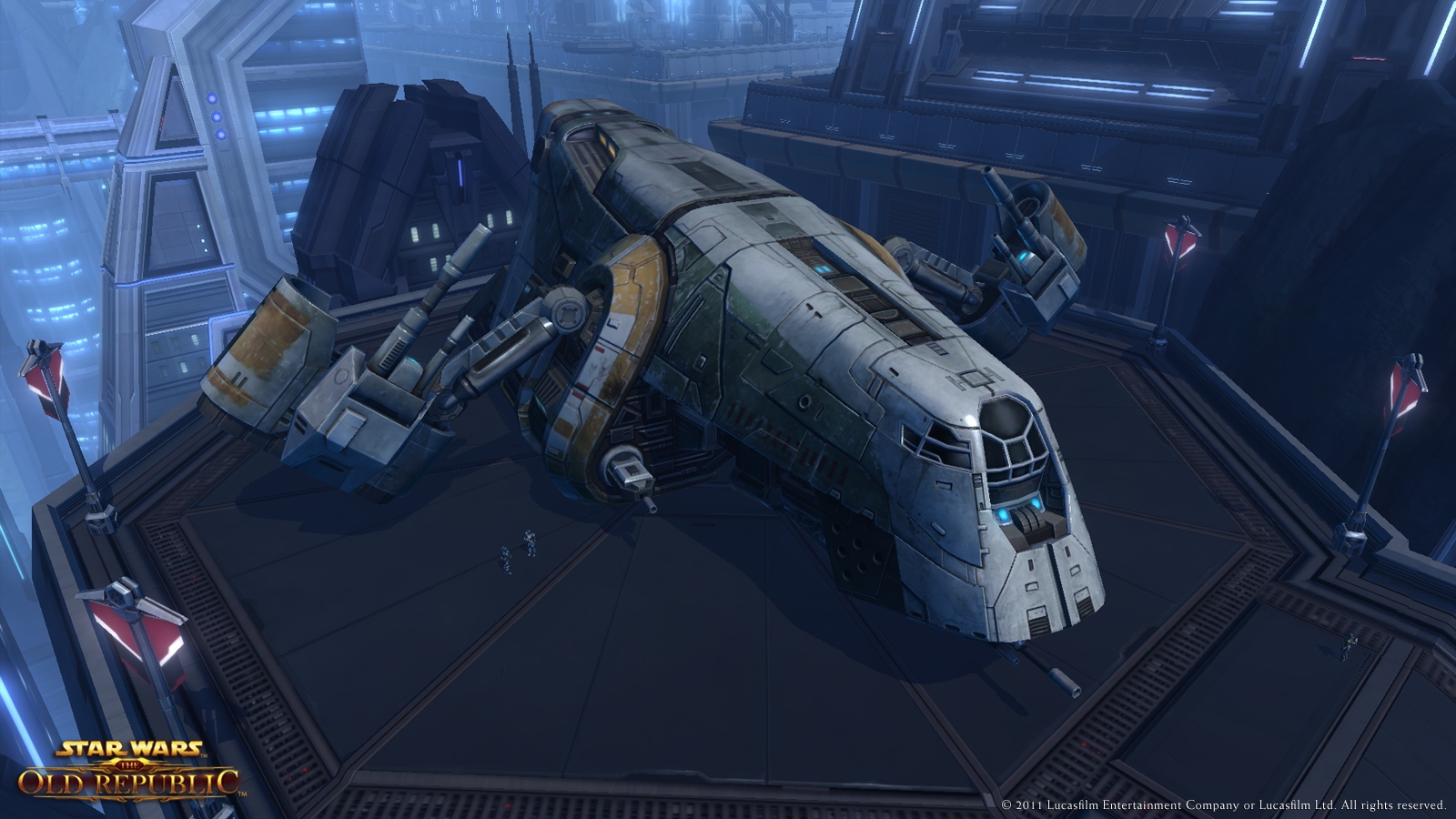