Champion of the Dark Side

The Sith Warrior has the task of destroying the Empire’s enemies and enforcing the Sith domination across the galaxy. You channel our destructive emotions of fear, anger, and hatred to purge all weakness from your body and mind and become brutally efficient.

Sith Warriors are cold-blooded conquerors who waste no time using cunning manipulation and careful plans to crush their opponents and achieve their goals with determination, leaving annihilation and destruction in their wake.

The fierce hatred of the Jedi keeps the Sith Warriors at the forefront of the conflicts with the Republic. They have a passion to eradicate the Jedi order that fuels their actions. Woe to those who stand in the way of a Sith Warrior.

Juggernauts boast unrivaled stamina in battle, shaping the Force to become nearly invulnerable. Damage that would destroy others is shrugged off by the Sith Warrior. Protecting their allies and punishing their enemies, they take the brunt of the assault and even drain the energy of their enemies to strengthen their resolve.

Tank – Immortal Juggernauts embrace the Dark side of the Force and become nearly invincible.

Damage – Annihilation, Carnage, and Fury Marauders attune themselves with the Dark side and wield their dual lightsabers to deal damage to their enemies in savage precision.

Korriban – A cruel planet of rocky red deserts and crumbling ruins, Korriban was the homeworld of the ancient Sith. Reclaimed by the Empire in recent decades, it is now the site of the Sith Academy, where the Dark Council oversees the training of new acolytes. Only Sith may come and go freely from the academy, and for a non-Sith to visit Korriban is a great privilege.

Sith Purebloods usually have contempt for species other than human or sith pureblood, so all other races must prove their worth. The following species can be played without purchase unlock.

The most visible symbol of the Sith is their iconic weapon: the lightsaber. Lightsabers are powered through a combination of rare crystals, precise engineering and the Force itself. They come in both single- and double-bladed forms, and the Sith are believed to be the first to wield the double-blade. While a lightsaber hilt is often customized by its owner, the blade’s color is determined by its crystal; red, purple and orange are the most common colors among the Sith, though other colors, such as magenta and cyan, are known to exist. Acolytes seeking to wield these weapons are required to begin their trials using an electroblade training sword, an unwieldy device designed to cause painful shocks to the target. If an acolyte is found worthy, he may hone his abilities with an ancient Sith warblade–a weapon used in an era before lightsabers, crafted by pureblooded artisans. In the end, only the strongest and deadliest acolytes may earn a lightsaber for themselves, seizing one from a failed Sith or Jedi or uncovering it in the depths of a tomb. 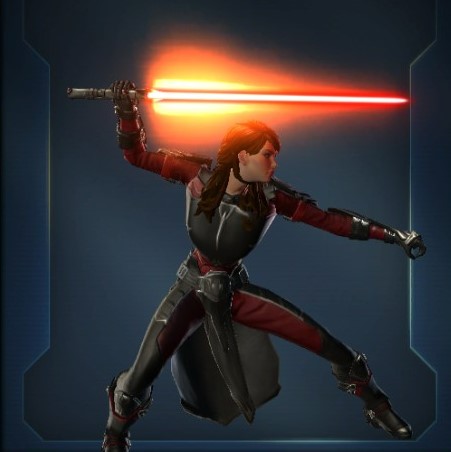 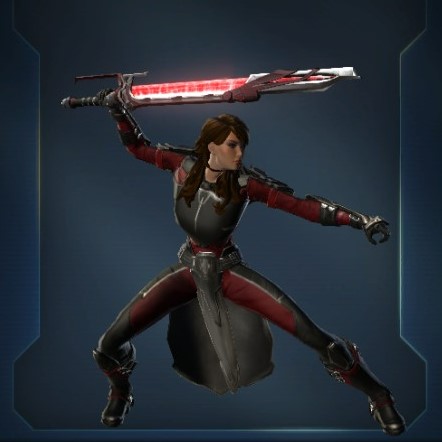 The Fury-class interceptor is a starship available to players of both the Sith Warrior and Sith Inquisitor classes. The Fury is a favorite vessel among the Sith Lords, as it includes highly sophisticated technology and weapons systems; even given the fact that the focus of the ship’s design is functionality, this vessel remains very versatile and luxurious. 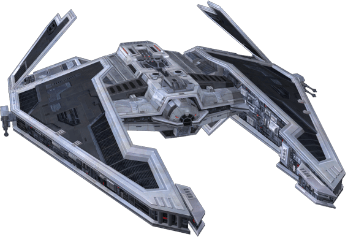 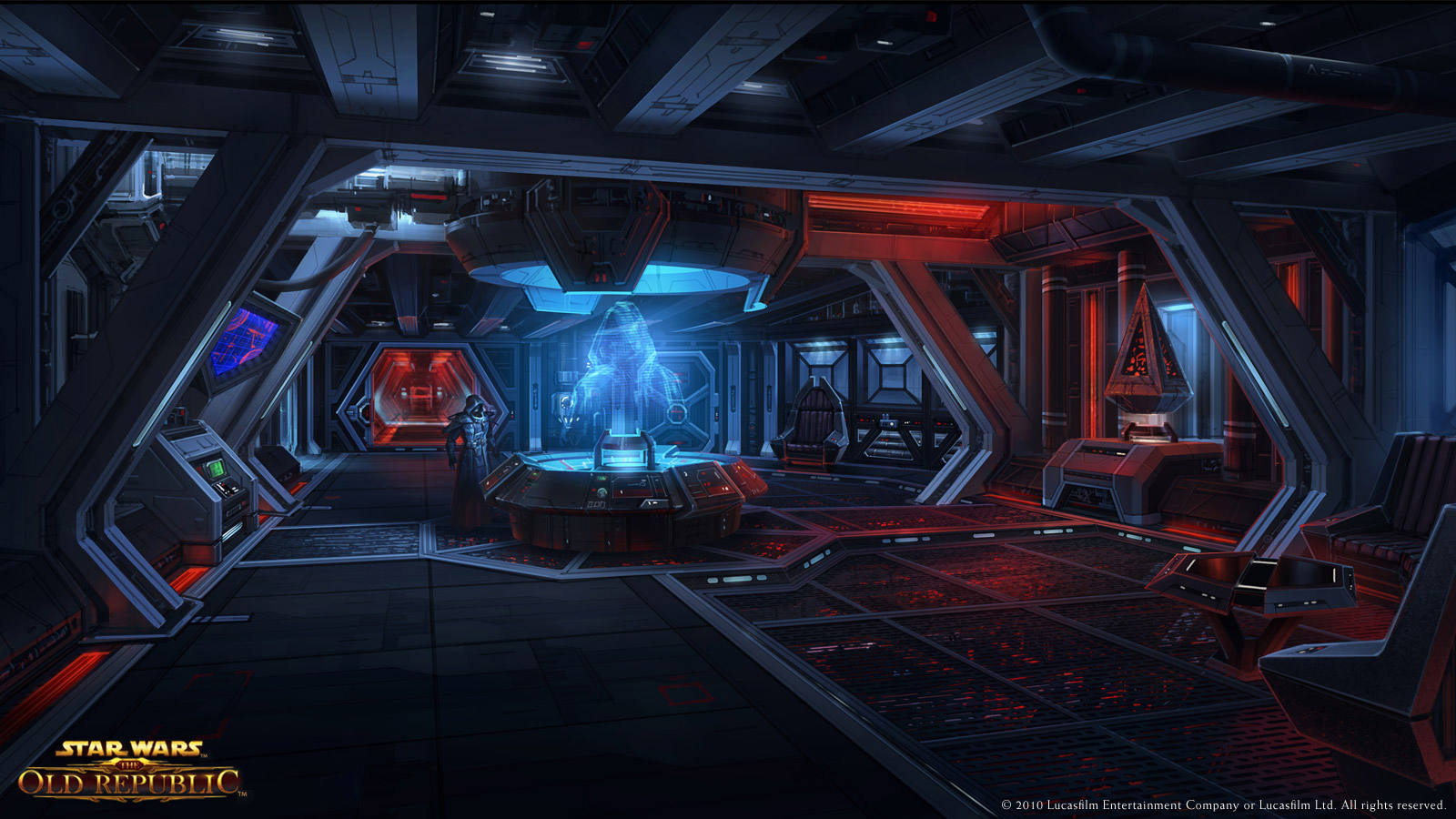 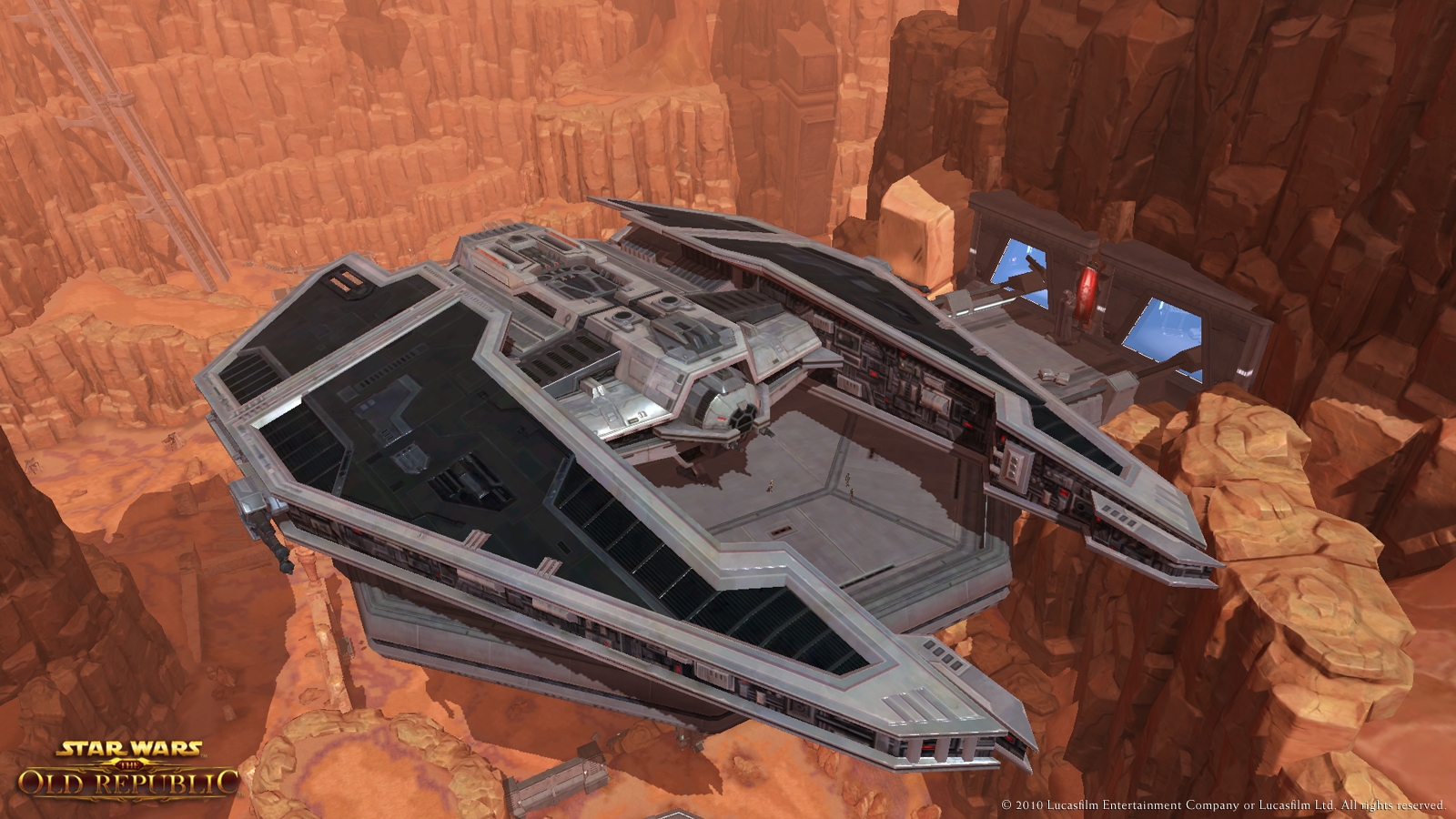