Honor, Duty, Defense of the Republic

Not all heroes have lightsabers.

For decades, the armed forces of the Galactic Republic have defended their civilization against the Sith. The men and women of the Republic military remain ready and willing to lay their lives on the line, never backing down until the Senate orders them to.

Troopers are the most advanced fighting force in the galaxy. They are equipped to face any foe in any environment. The Troopers’ greatest weapons are their unwavering sense of duty and their undying loyalty to each other and the ideals of the Republic.

Commandos charge the battlefields with massive blaster cannons, overwhelming enemies with brute power. Their focused fire and hail of concussive bolts lay waste to all unfortunates who fall within range. Many Republic military victories can be credited to Commandos in the field.

Healing – The Combat Medic Commando uses medical know-how and an array of tools to keep their allies alive and in fighting shape.

Unstoppable and utterly fearless., they head into battle using advanced heavy armor. They are the first and best line of defense, steadfast, ignoring personal risk and deliberately getting into the line of fire to divert danger from allies and innocents.

Damage – Plasmatech Vanguard strikes their enemy with waves and rounds of incendiary power with continuous damage. Tactics Vanguards use vibroblades in the gut and explosives to eliminate enemies quickly.

Tank – The Shield Specialist can withstand incoming offensive, boldly taking brunt of the attack and drawing fire away from their allies.

Ord Mantell – A longstanding member of the Galactic Republic, Ord Mantell is a world of deep seas, tall mountains and lush islands. Traders and merchants from across the galaxy ply their wares in Mantellian ports, along with black marketeers and other underworld forces.

In recent years, Ord Mantell has become embroiled in civil war, as anti-government separatists encourage Mantellian independence in the face of a brutally corrupt government with ties to organized crime. The Republic is responding with military force, and the fighting has resulted in high numbers of civilian casualties. Shuttle traffic is currently directed to the island of Avilatan.

The blaster rifle is a common weapon in the Star Wars universe. It is the preferred main hand weapon for the Trooper classes. The assault cannon is a large cannon/machine gun like blaster used by Republic soldiers. 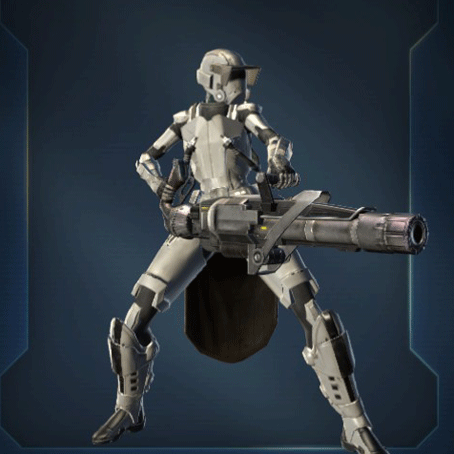 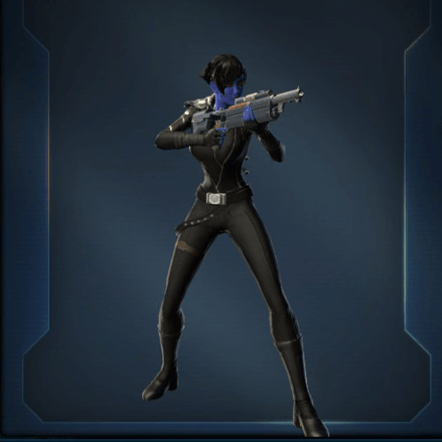 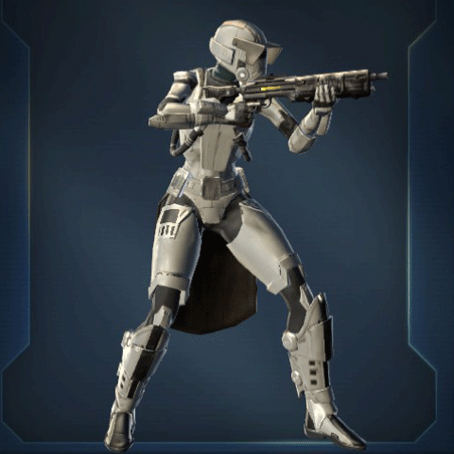 Based on smaller rapid assault ships, the BT-7 Thunderclap was originally developed during the war for fast deployment under fire. This revised design has been outfitted for Republic Special Forces with a streamlined hull, prototype armor plating and flexible bulkheads designed to absorb heavy impacts. The Thunderclap’s main deck features a command center, secure armory, fully outfitted medical bay and briefing room. Provisions have been made for squad comfort with a spacious bunk room and recreational facilities. The upper deck houses the bridge and navigation computer, and can be sealed by heavy pressure doors in an emergency. For armaments, the Thunderclap has one primary and two secondary heavy laser cannons. State-of-the-art tactical computers and targeting systems ensure every shot counts. Although the ship’s design is intended to deflect blaster fire away from the main compartments, modular shield systems ensure few attacks get that close. 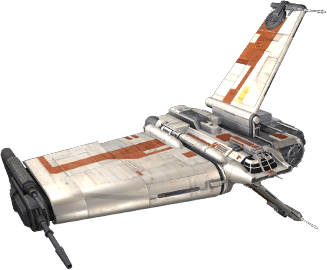 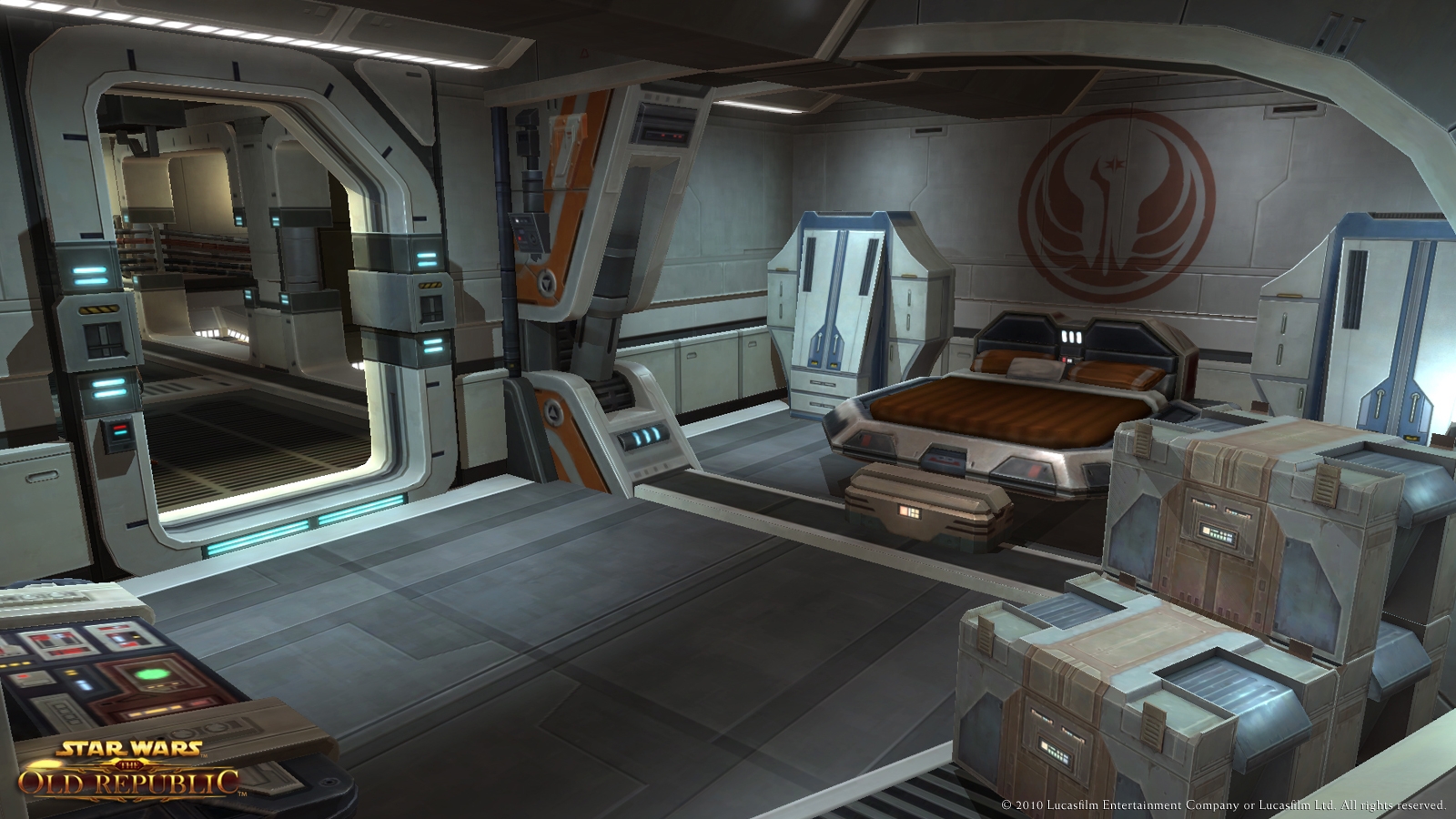 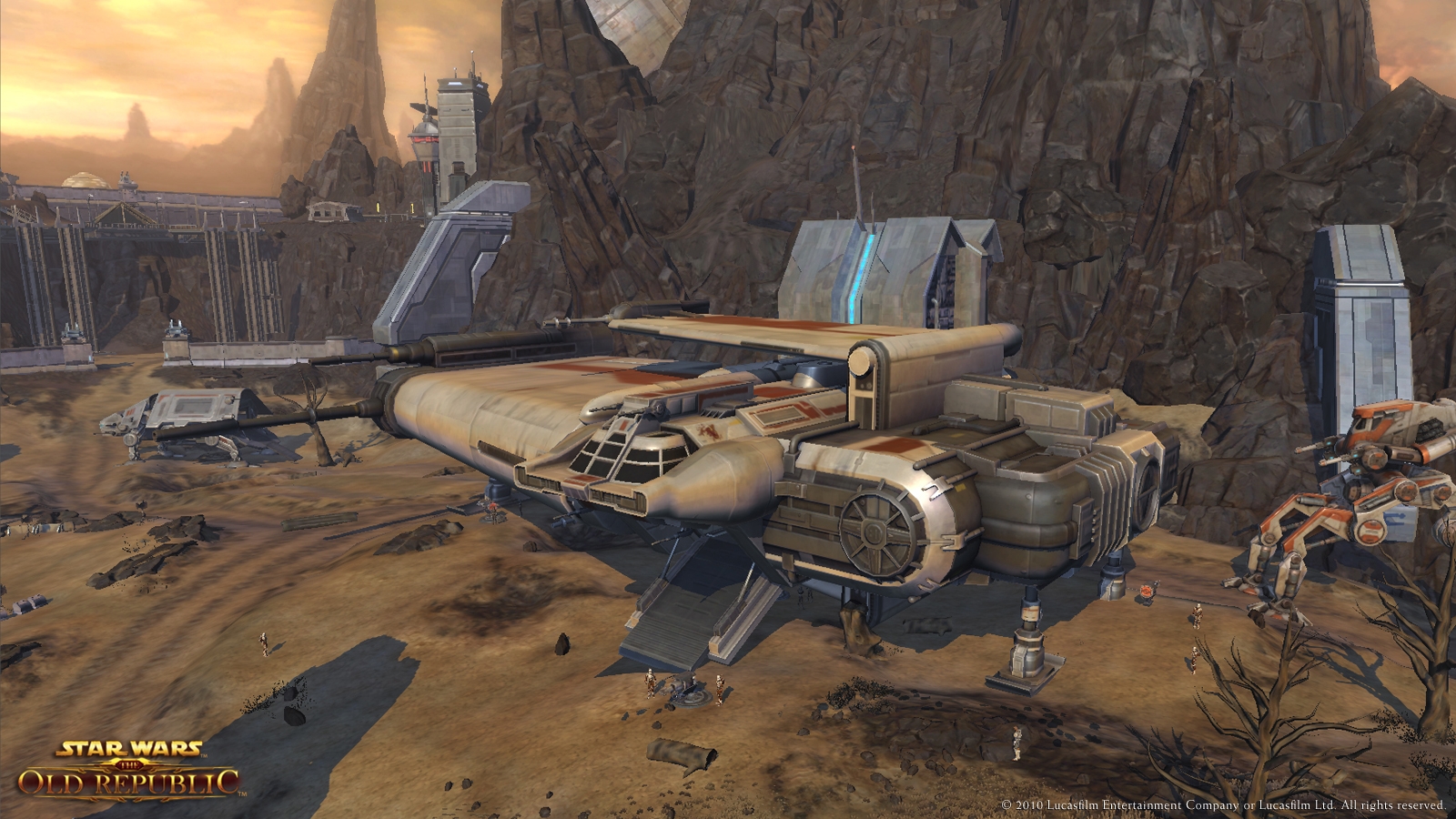